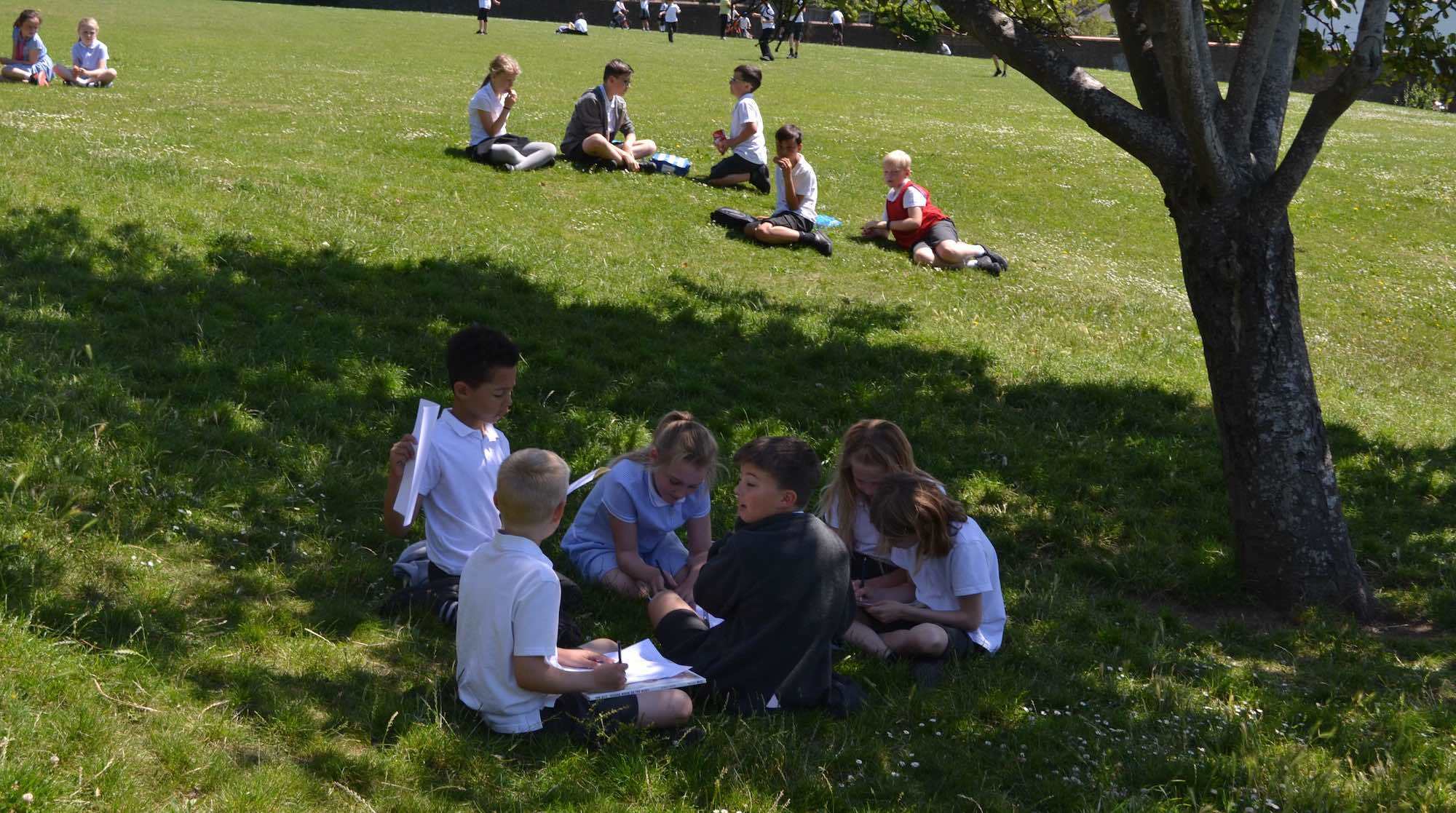 What Happened?
Last night someone set fire to our new ‘outdoor classroom’ and completely destroyed it. The fire also damaged some of our trees. Fortunately the fences, climbing wall and stage were not damaged because the fire did not spread. They did leave some graffiti on our climbing wall though.

Though the fire flared up at about 2am we now know, by looking at our CCTV, that it was started at about 10:30 by three people who had climbed over one of our walls. They attempted to set fire to the box of science equipment with lighters but could not get it to catch on the rest of the stage. They eventually left it smouldering. Long after they had left the smouldering wood finally burst into flame and quickly became the raging fire you see in the picture above. There are pictures of what is left at the bottom of this blog post.

Obviously we are very upset that someone would do this. So many people gave up so much time to make the outdoor classroom, especially our friends at Shoreham Port Authority who must be devastated that all their hard work has been ruined in such a short time by three thoughtless individuals.

The classroom had only just been opened and the children were really enjoying using it!

The Children
Some of the children were worried today that they might not be safe because they didn’t know what had happened and why. We held an assembly this morning to explain that the fire was started in the middle of the night when they were safe at home and no member of staff was here at school to be able to stop it from happening. We explained that they are just as safe here today as they have always been, but it is normal to feel worried and even upset when someone does something like this. The children know that they can talk to any of us if they are worrying about anything.

Keep It Calm!
If the children talk to you about the fire, please be reassuring to them. As I say, they are just as safe today as they have always been. You, and they, have nothing to worry about!

Thank You for Rallying Round
The overwhelming response from staff, parents and children has been, ‘We’ll make sure the outdoor classroom gets built again!’ Several children wanted to do a cake sale or sponsored run tomorrow to raise some money to help! (We aren't doing either of those things tomorrow!!)

We have already been approached by Gary Simmons from GCS Fencing and Landscaping, Skip-It and Parkers Building Suppliers in Hassocks to offer assistance. Skip-It have offered us a free skip to help with the clear up and Parkers, who we originally bought the materials from, have offered to supply some or all of the materials again, for free. Mr Simmons, who put up the fencing around the original classroom for free, has offered to work with a few volunteers over a couple of Saturdays to rebuild the classroom from scratch. Many other parents and friends have been saying to staff that they want to help get everything back to as it was.

To be honest, the offers of help have been overwhelming with people contacting us who do not even have a connection with the school. They have just heard what happened and want to help us out anyway!

A Message to the People Who Started the Fire
One of our year 4 classes wrote a letter to the people who did it. I have pasted it below

Their letter and your support show what this school is all about. Yet again I have felt very proud to be a part of this community. Maybe the three individuals will realise the impact of what they have done and step forward to try to put it right - the children would be glad to hear from them if they have the courage to get in touch. If they don't, we'll all work together to put it right ourselves.

The letter from 4JH

To the person or people who came into our school grounds last night,

When we came to school this morning, we discovered that our outdoor classroom had been burned down and destroyed. There was nothing left but bits of wood and ashes.

We don’t understand why you wanted to do this. Were you angry with our school and wanted revenge? Was it the result of a dare from your friends? Maybe you meant to start a small fire, but it got out of control.

You may not realise this but you have made us feel sad because it was built by our parents & carers who gave up their own time and money to improve our school grounds. We also feel afraid as our school is usually a very safe environment and now that has been threatened. Finally, we feel angry because an area of the school that was going to be active has been ruined for no good reason.

The damage you caused last night has affected our school in many ways. The outdoor classroom was part of our nature area, and this will have an impact on the animals and plants that live there. Other areas near the outdoor classroom will not be safe to use until it has been carefully dealt with. Also, it had only recently been built and equipped, and now many children and clubs won’t ever have the chance to use it.

We as a school forgive you for doing this. We doubt you will come forward and admit that you caused the fire, however we would like you to think about your actions and not do anything like this again. Maybe you could do something helpful elsewhere to make up for the effect that you’ve had on our community.